The Jones family ran the Railway Inn (now the Tavern) in Victoria Road (originally Sunset Row).  They are recorded  as being there in the 1891 census – Alfred Jones and his wife Elizabeth apparently took over the inn in 1884: in the 1881 census, it is recorded as being run by Shadrach Morris.   Alfred and Elizabeth had three children:  Frederick, born in 1887, Gertrude, born in 1891 and Mary Elizabeth (May), born in 1893.

Frederick attended Lady Hawkins School.  His name is on the Roll of Honour.   He was noted in the Kington Times of 12th September 1914 as volunteering for foreign service. He was a corporal in the 1st Herefordshire Regiment and served at Gallipoli with the regiment from August 1915.   In August 1915, the Kington Times reports that that he was passing through the Mediterranean en route to the Dardanelles and Gallipoli.  In October, the Kington Times reported that he was in the Dardenelles, had a sprain and this was operated on.    However, by October 1915, he was in hospital in Cairo, although it is not known if this was connected with the sprain or with other injuries..  Fred was a recipient of the 1915 Star, as were all those who had volunteered and saw active service in various theatres of war in 1915. 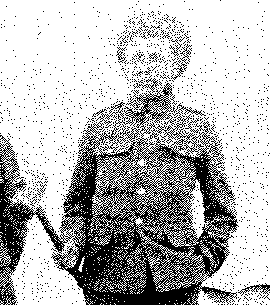 This is a photograph of Fred, extracted from a larger photo of him with comrades, labelled “Bull Dog Tent”.

May became a Red Cross nurse,  from March 1915 until 1919.   Her certificates of service and medals are shown on the piece on this website on Kington’s Nursing Heroes.   There is another Miss Jones shown in the photograph in this piece – was this her sister, Gertrude or another Miss Jones?

Fred and his sisters took over the pub, presumably after the death of their father.  It remained unaltered for many years – and in the late 1990s, a drawer in the cupboard in the bar still held the box that Fred had obviously received in December 1914 as part of the Christmas distribution from the Princess Mary   fund.   It is possible that this photograph shows Fred and his sisters. 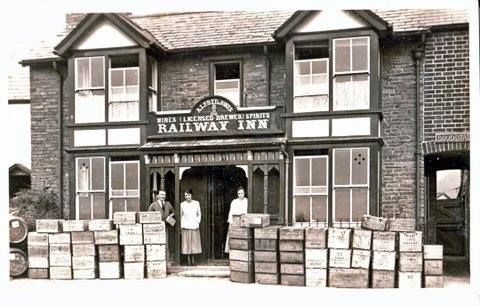 Any further information on Fred, his sisters and the Railway Inn would be welcomed.

The photos in this article are reproduced by courtesy of Kington Museum.