The period October to November 1914 is primarily known as the First Battle of Ypres, which comprised a series of engagements.   The allied forces were engaged in a race to stop the German forces from reaching the sea and the crucial channel ports of Calais and Boulogne, so that these ports could be secured to guarantee supply lines for the British forces.  Ypres was the last major obstacle for the Germans.  In mid-October the Germans mounted a major offensive, which the Allied Armies attempted to repel.  On the 17th of October the British captured Armentieres, which they then stoically defended until 2nd November. 1st Battalion King’s Shropshire Light Infantry were involved in this defence and a number of Kington men were serving in this Battalion. 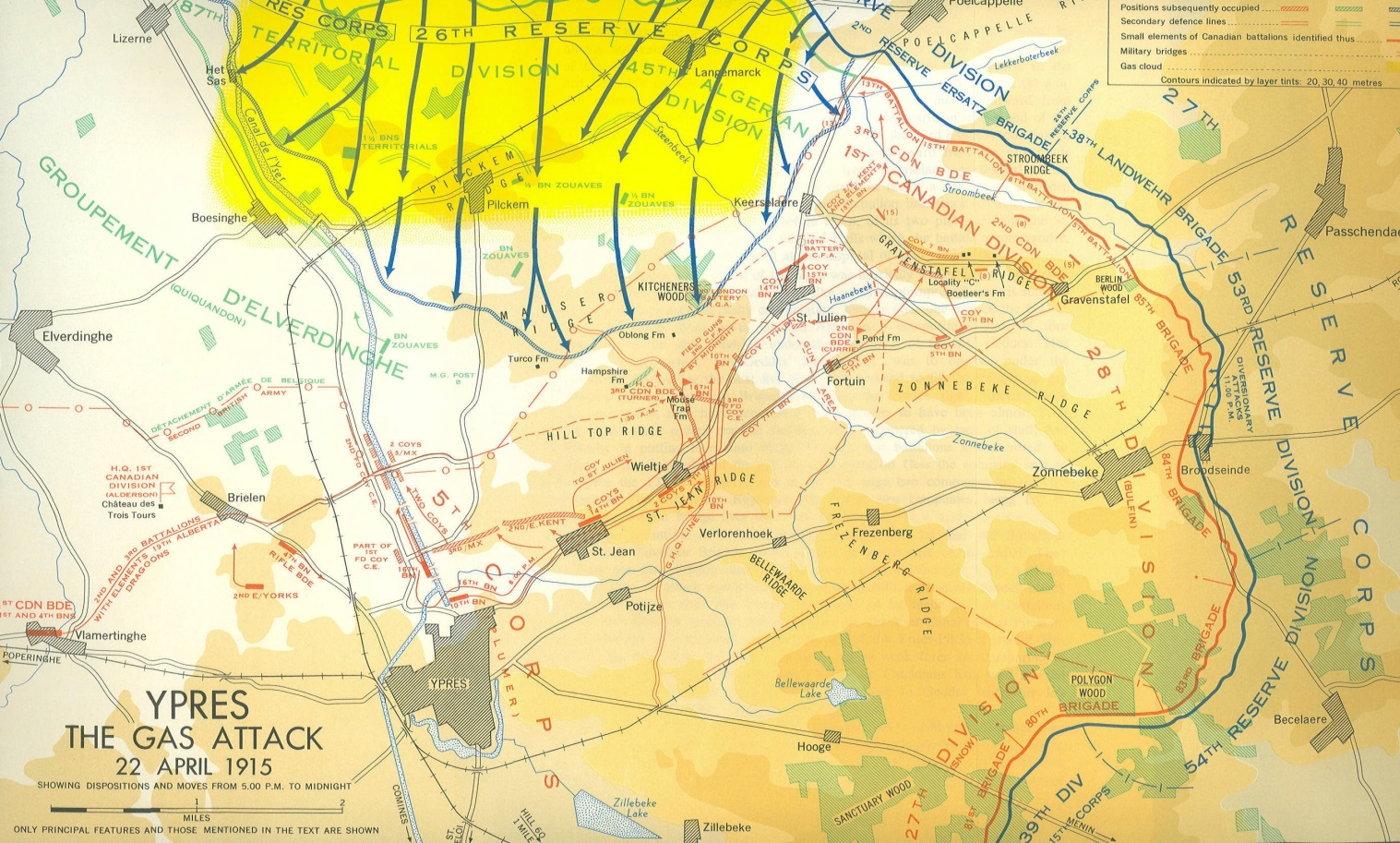 About this time a myth developed which stated that Kaiser Wilhelm, enraged by the stubborn allied defence, had issued the following order to his Generals:

“It is my Royal and Imperial Command that you concentrate your energies, for the immediate present upon one single purpose, and that is that you address all your skill and all the valour of my soldiers, to exterminate first, the treacherous English, walk over General French’s contemptible little Army.”

The order was recorded in an annexe to British Expeditionary Force Routine Orders of September 24th, 1914. The authenticity of the order was always disputed and an official investigation in 1925 found that the Kaiser never actually said these words but that the words were actually fabricated by an unknown British officer. The word ‘contemptible’ had the desired effect and worked as an immensely effective patriotic rallying call for the British recruitment drive.

To some extent the First Battle of Ypres was  an allied victory, in that the route to the ports was closed to the Germans.  However,  losses were heavy on both sides – it saw the end of the ‘Old Contemptibles’, with the British regular army  forces suffering massively.

The Old Contemptibles Association was formed in 1925 by Captain J P Danny, Royal Artillery. To be an Old Contemptible the man must have served in France and Flanders between August and November 1914.  John Williams of Kington, who was a private in the 2nd Battalion of the King’s Shropshire Light Infantry, never survived to be an Old Contemptible, as he died on 23rd October 1914, very likely at Armentieres.  He is commemorated on the Ploegsteert Memorial.