By Sadie and Honor Lloyd 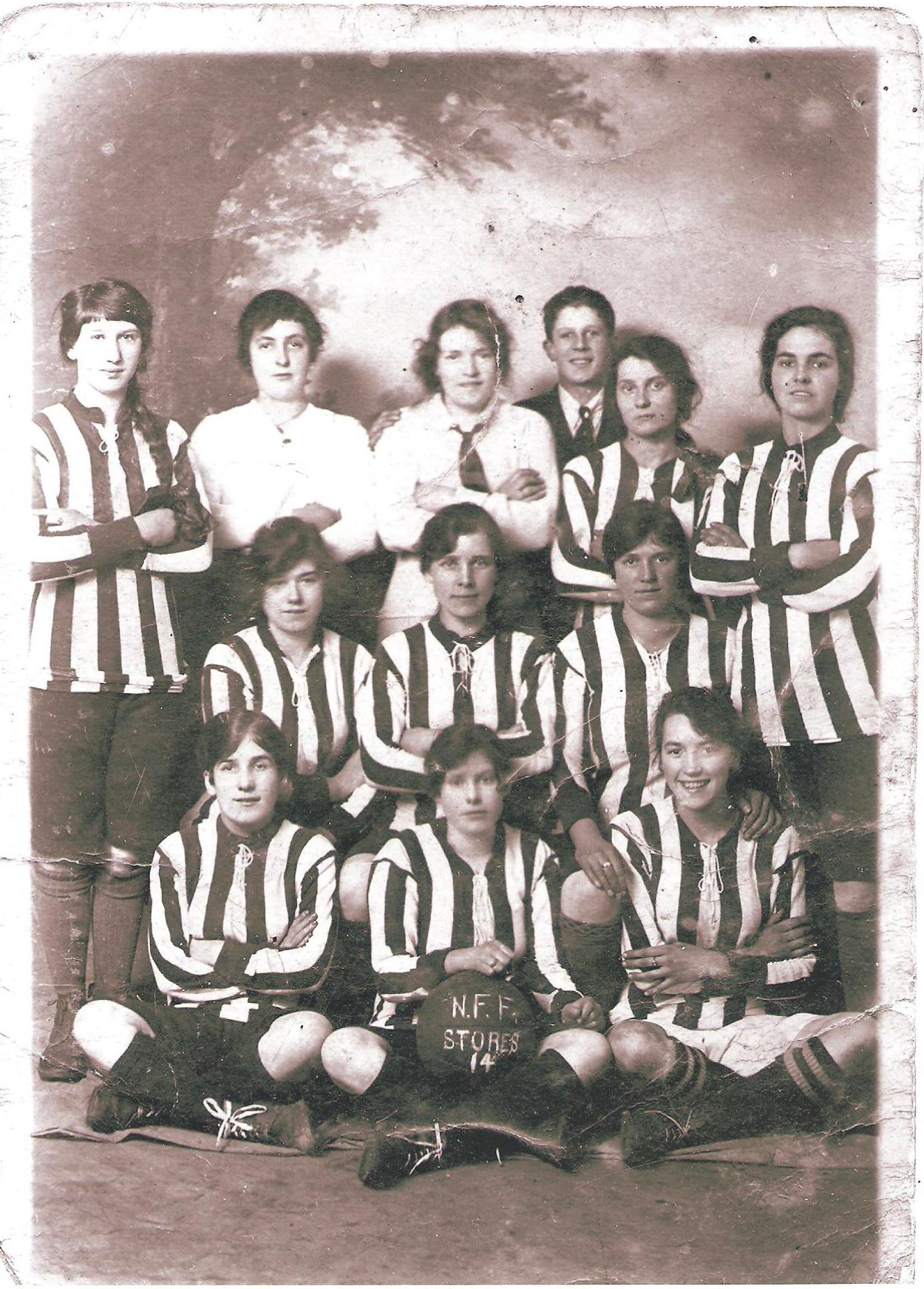 This photograph shows the Canteen team from the Royal Ordnance Factory at Rotherwas, Hereford in December 1917. To viewers today, a team of women footballers is not an unusual sight but for 1917 these women were real pioneers of the pitch!

Amongst the team are two sisters, Miss Sadie Lloyd (front row holding the football) and Miss Honor Lloyd (second from the right back row). In 1917 the sisters lived at the Blacksmith’s in Woonton. Honor was the grandmother of Pauline Hughes, the football loving secretary at Lady Hawkins’ School. Honor and Sadie both worked in the stores at Rotherwas in what must have been heavy and hard work, not to mention extremely dangerous! The two sisters were amongst more than 900,000 women worked in munitions factories during the First World War. Rotherwas, like most munitions factories, employed a welfare officer to monitor the health, wellbeing and behaviour of their new female work force. Sport, especially football, was encouraged and many munitions factories developed their own ladies football teams. Certainly, the ‘beautiful game’ must have given them a welcome break from the dangers and harsh industrial conditions at Rotherwas in the First World War. 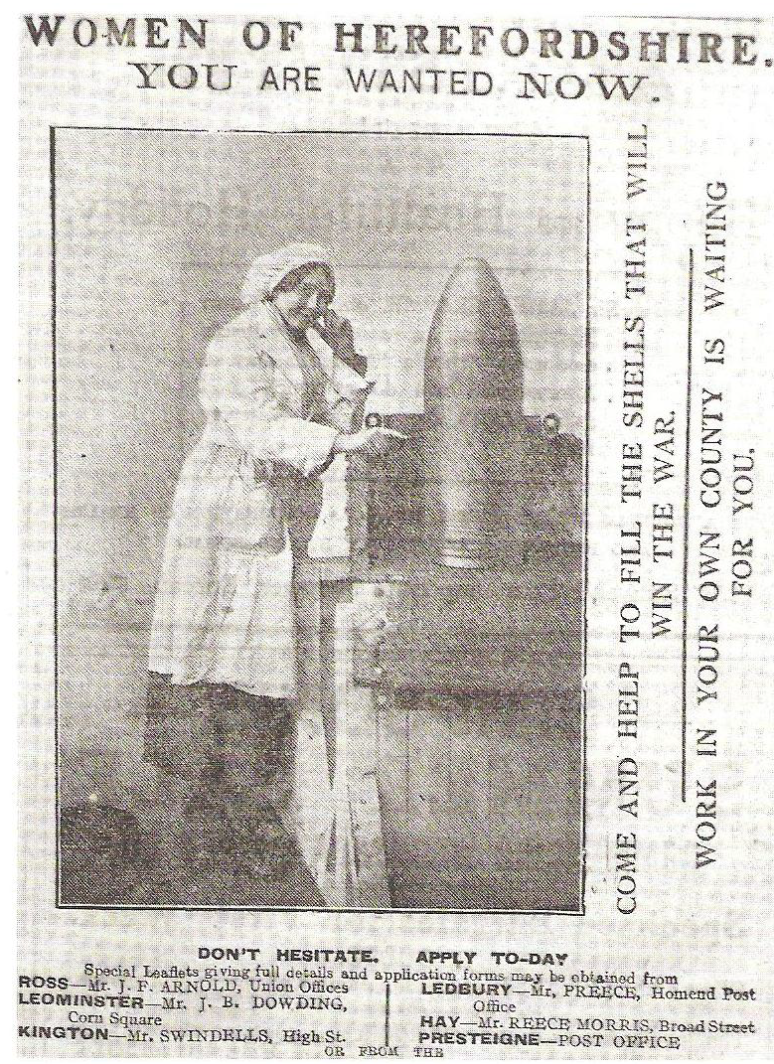 Perhaps the newspaper advert that encouraged Sadie and Honor to apply for work at Rotherwas Munitions Factory. Women of Kington could pick up ‘special leaflets giving full details and application forms’ from Mr Swindells of the High Street (a solicitor in Kington) or the Post Office in Presteigne.

The Rotherwas “Munitionette” footballers of the Canteen team found a trainer in the young Bert Lucas who worked in the canteen and whose sister (called Margaret and pictured on the extreme right of the front row) was, in Bert’s words, “a very useful inside forward”. The Canteen team had to work hard, and held dances and whist drives at Rotherwas, to raise funds to buy football kit. The team found regular opponents in the women’s teams from the Rotherwas Engineering staff (MID) and from Quedgeley Munitions Factory in Gloucestershire.

The footballing Munitionettes were to have their greatest game on Christmas Day 1917. On a crisp, clear Christmas morning at Hereford United’s Edgar Street ground the Rotherwas Canteen team arrived to what was reported as a “great crowd”. Their opponents were the Rotherwas MID team. However, the start was delayed as “most of the girls were too embarrassed to show themselves in their football shorts and nicks, and several of them backed out when they saw the crowd that was waiting to watch the fun”. Though the girls were eventually encouraged out onto the pitch and soon overcame their shyness as the game ensued into a hard fought match. The game was won in the closing minutes when the Canteen team’s inside right, Margaret Lucas, hit the ball into the net.
The match had drawn people from many miles around Hereford and, while the size of the crowd is unknown, had raised considerable sums to buy comforts for the local men in the Herefordshire Regiment. 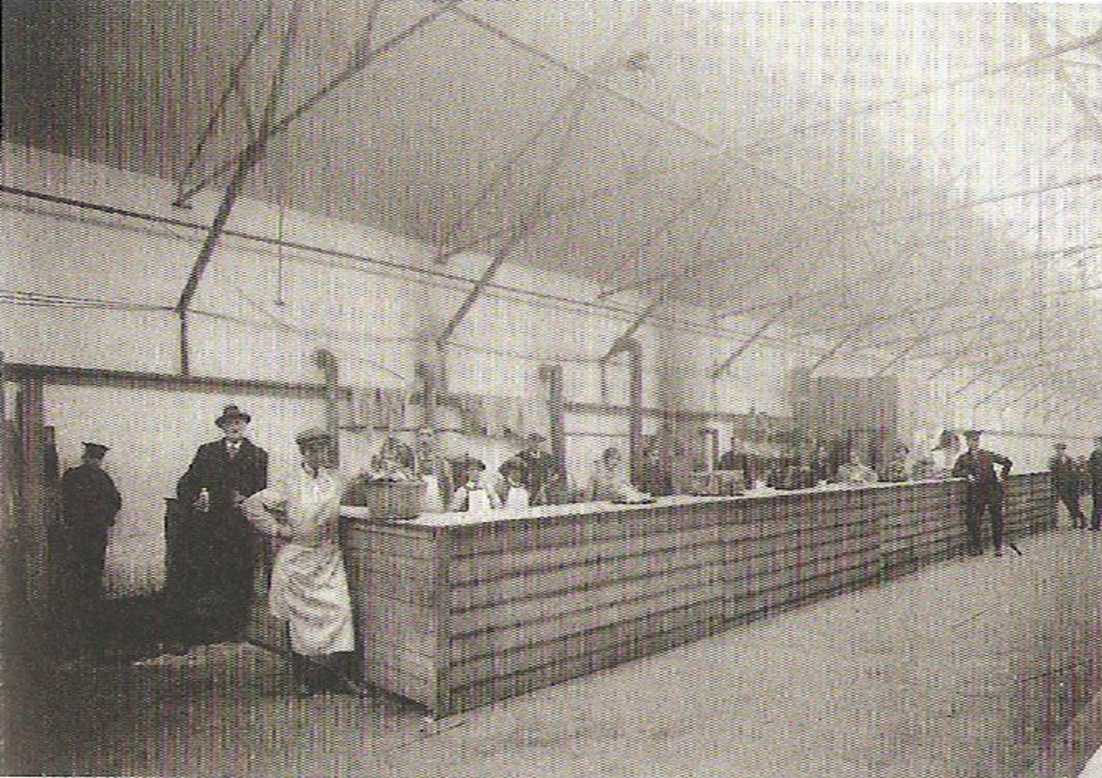 One of the two canteens at Rotherwas Munitions Factory where some of the team worked.

Honor and Sadie continued working at Rotherwas until after the war. Honor married soon after the war and moved to Kington where she lived for the rest of her life. She never lost her love for the game and Pauline remembers her grandmother kicking a ball around with her grandchildren – aged 90!