OUTRAGE AND THE INFLUX OF REFUGEES

The start of the war saw an influx of refugees into Britain from Belgium.  Fo 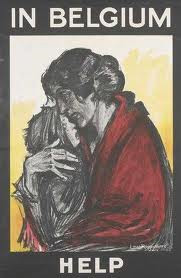 llowing the German invasion of Belgium on 4th August 1914, large scale attacks on the civilian populations were alleged, as well as the destruction of historic buildings and cultural centres.  In excess of four and half thousand Belgian civilians were executed for sabotage and so called “guerrilla” activities.

The British press and the British public were united in their outrage at these atrocities and welcomed thousands of Belgian refugees with open arms.  Over a quarter of a million refugees from Belgium came to Britain, the largest refugee movement in British history. 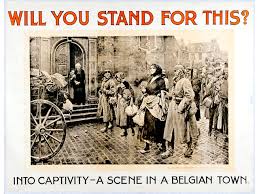 The refugees were supported through local War Refugee Committees– the national WRC was set up on 24th August 1914.  The local committees, of which there were several thousand, carried out the vast work of finding shelter, food, clothing and employment for the refugees as a well as providing for many other needs.

It appears that Hereford was one of the first, if not the first, city in the UK to offer sanctuary to the refugees.

Several Belgian refugees and their families settled in Kington and the surrounding villages from October 1914.  In Kington, refugees were housed in the Vicarage, Castle Weir, Ridgebourne, Heywood and the Corner Shop.  The people of Kington and the local villages demonstrated a truly philanthropic community effort in raising funds and supplied for their visitors. 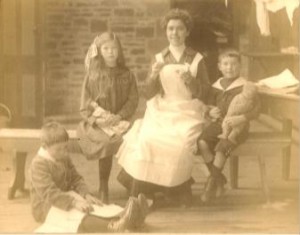 The picture shows Celestine Michels and children that are probably her own. She lived in the ‘Belgian House’ at Ridgebourne. (Photograph by kind permission of W. L. Banks and the Hergest Trust Archive) 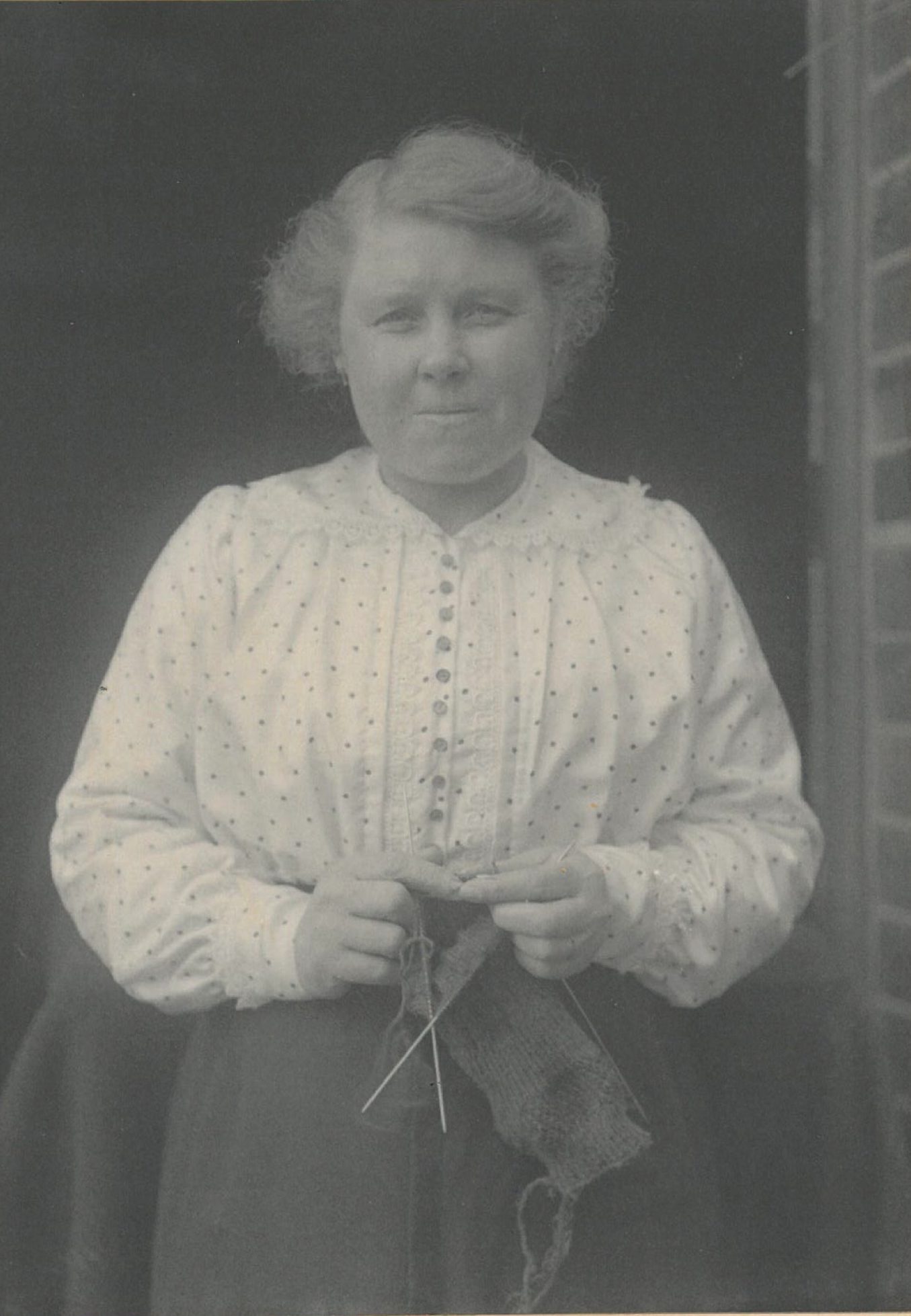 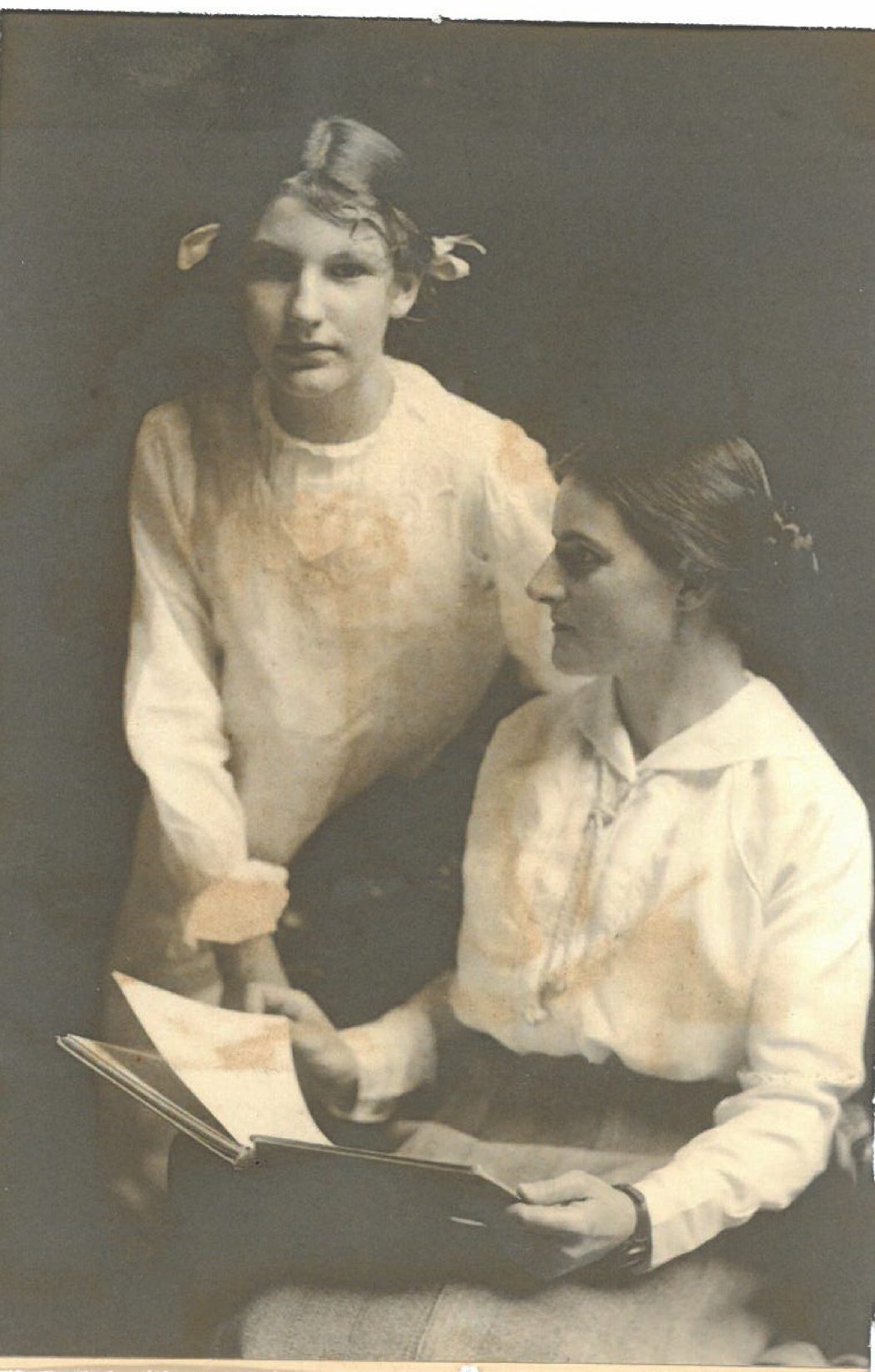 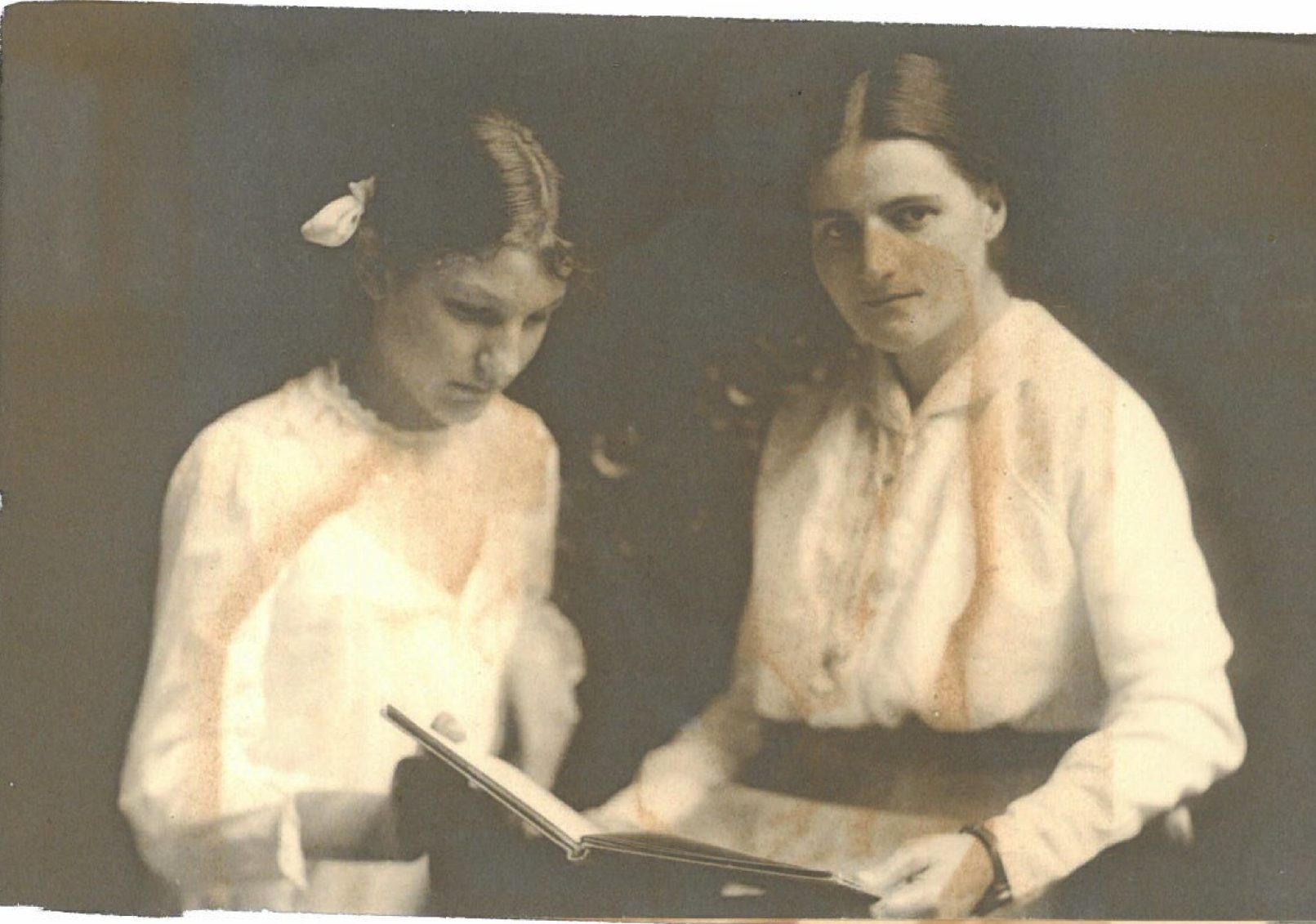 Mme de Holle and unknown person.
Photographs from the Hergest Trust Archive and reproduced with their kind permission

The Kington Remembers Group would be very interested in hearing from anyone who has more information about the time the Belgian refugees spent in Kington.  Does anyone have photographs of their families with refugees or any letters or diaries that mention them?   We know that some families stayed in touch with the relatives of the refugees until into the 1970s.

LEGACY AND RELEVANCE  FOR 2014

Great Britain has played host to many refugee communities over the centuries – those fleeing war and conflict, oppression, religious and political persecution.   The Belgian refugees in 1914 were the largest number taken in at one time.  Today, refugees and internally displaced people (IDPs) – those who have had to flee their homes but still remain in their own country – number countless millions.  The United Nations currently estimates that there are 43 million people worldwide who are victims of conflict and persecution – 15 million outside of their own countries and 27 million internally displaced persons.  The greatest problem seen by the United Nations High Commissioner for Refugees, the UN body responsible globally for humanitarian assistance to refugees and IDPs is that of “protracted conflict” – there are 25 protracted conflicts in 21 countries.  Half of all of the refugees that come under the remit of UNHCR have been refugees for more than 5 years.

Kington has hosted other refugee communities, particularly following the Second World War, Polish and Latvian in particular.  Refugees  have contributed significantly to the economy and to our communities, both  locally and nationally.